Ok, Let's Talk About It! Is There Anything Wrong In Washing Your Partners Panties? 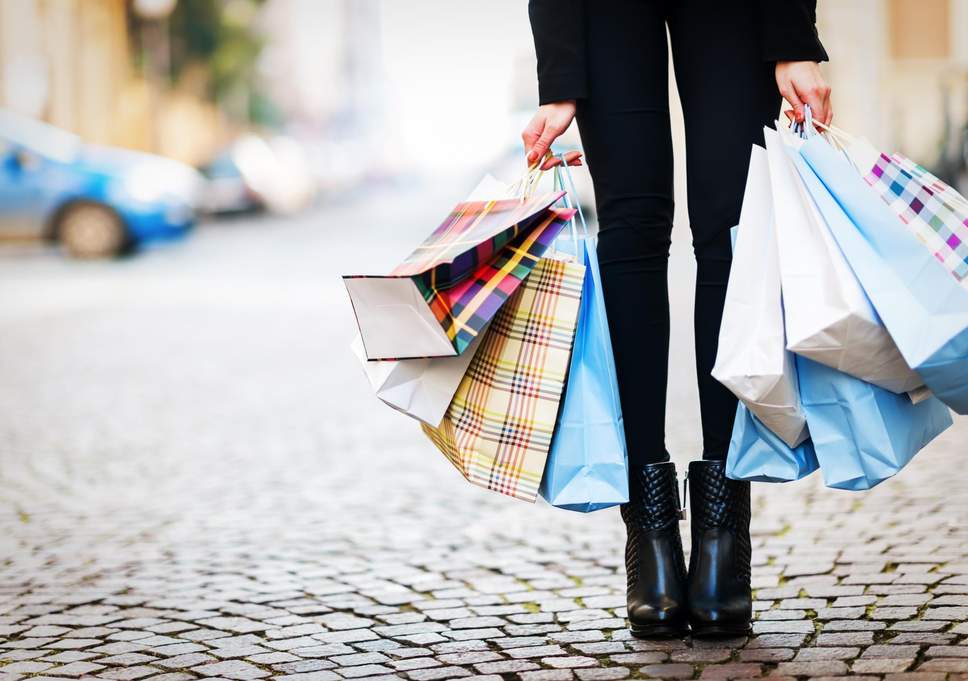 Charity shops can be the perfect place to find a unique piece of clothing, or a designer bargain. Here’s how to ensure you get the best.

I have always loved charity shops, inheriting from my mum a constantly twitching antennae for any Oxfam, Cancer Research, Mind or Shelter in the vicinity. Having grown up watching her methodical approach to rails of unassuming looking clothing – one in which she’d run her hands over the hangers, eyes assessing items until she plucked up the choicest vintage shirt or cashmere cardigan – I inevitably took after her in my adoration of all things secondhand. As a teenager playing around with my own approach to dress, I turned immediately in the direction of whatever my local jumble sales, charity shops and vintage markets could offer.Now in my 20s, perhaps a good 75% of my wardrobe has been sourced in charity shops. From pink leather skirts to well-tailored blazers to beautifully patterned Seventies cotton sundresses, there’s no end to the gems I’ve acquired over the years. There’s a very particular thrill to the process. One in which the pleasure comes in the act of seeking and sifting, of nosing out the unexpected and taking chances. Unlike the high street, there’s nothing predictable about a charity shop. The contents might be terribly dull or disappointing – and there are plenty of times I’ve left again empty-handed – but there’s always the possibility of discovering treasure.

“From pink leather skirts to well-tailored blazers to beautifully patterned seventies cotton sundresses, there’s no end to the gems I’ve acquired over the years.”

It’s an experience that Cornwall-based Lally MacBeth, 28, describes as magic. “Their capacity to offer anything from a Victorian nightdress to a full set of craft magazines from the Seventies never ceases to fill me with joy and zest for life,” she says. “If I’m ever feeling a little lacklustre an hour in a charity shop will set my mind whirring with a million and one new ideas for projects.” Alongside the obvious advantages when it comes to affordability and fresh additions to one’s wardrobe and home, there’s so much imaginative and creative potential to be found.Of course, charity shops have other benefits too. As well as the chance to give money to a variety of causes while also acquiring some excellent things, they’re also a great option if you’re mindful of sustainability and the terrible impact consumerism has on the environment. In the UK we currently bin more than a million tonnes of clothes a year. Choosing to both donate to and buy from charity shops allows those clothes to be recycled rather than ending up in landfill. And, given the zealous levels of Marie Kondo inspired clear-outs we’ve seen in recent months – with charity shops reporting vast surges in donations as we hit the new year – there’s no better time to begin browsing.

Here Are 5 Important Steps You Have To Take Note Of

There are all sorts of tips and tricks for assessing what’s on a rail at a glance, and knowing how to identify high quality fabrics is an excellent place to start. Being able to sort your silks from your polyesters and your wools from your acrylics will allow you to leap straight towards the good stuff. Keeping an eye out for particular labels – my personal favourite being St Michael, aka retro M&S – helps too.I’ve also been known to whip my phone out to Google various unfamiliar but intriguing labels – which is how I now know that my favourite, rather ridiculous root vegetable patterned trousers were a sample from a defunct independent menswear designer. Oh, and if you’re a vintage lover, some knowledge of different decade’s silhouettes and details (for example – a metal zip might suggest a garment was made pre-1960) will arm you further in your searching too.

If you love vintage clothing, have some knowledge of the decade’s silhouettes

After all of the above, do some practical checks too. Don’t be afraid to give the clothes a good sniff, and look for any stains and fades – especially under armpits and around necklines. Sometimes these can be washed out, but be realistic. A white cotton sundress with yellowing patches is probably irredeemable. And on that note, as tempting as it might be to pick something up and think “oh this’ll be perfect once I repair that rip / take up the hem / alter this in some way”, only proceed if you’re the kind of person who actually gets out needle and thread or a sewing machine on a regular basis. Otherwise, like me, you’ll end with a vaguely shameful pile you’ve been meaning to sort for years.

Use charity shops as a space to experiment with your style and tastes. Try on things you normally wouldn’t. See whether you were always meant to be someone who swished around in a long coat or wore Eighties velvet mini-dresses. Look in all parts of the shop (as someone with size eight feet, I always head straight to the men’s shoes section in search of brogues and boots). Have fun. Enjoy the perusing.

Alongside the many chains of charity shops that exist nationwide, it’s worth visiting those devoted to local causes and communities – it could be a one-off, or a location-specific handful. Whether it’s London’s Second Chance (which gives to a variety of national and international charities, as well as those local to Archway),Kent’s branches of Hospice in the Weald, Staffordshire’s Newlife Stores, or Penryn’s Retro Chic Warehouse (with profits going to Cornwall Hospice Care), these shops often provide particularly enticing stock – often because they put out much of what’s directly donated to them.

“Use charity shops as a space to experiment with your style and tastes.”

Cities are obviously fantastic. Whether you’re in Edinburgh or Bristol, there are choice gluts of charity shops to be found. But it’s worth looking elsewhere too. In fact, as much as I can extoll the virtues of finding a pair of very long, pristine Dolce & Gabbana trousers for £40 at the Mary’s Living & Giving in Highgate (and it is true that charity shops in affluent areas will accumulate a lot of designer cast-offs – but those running them know that, and the prices will reflect it), plenty of the best bargains are to be found in less urban areas. I grew up in the middle of the countryside, nosing out Seventies skirts and tottering suede heels in small market towns where the prices were much lower, fewer people were vying for the same things, and older populations led to both more vintage donations and, sometimes, less awareness of what was H&M and what was Hermes.Source : Stylist UK