Jennifer Lopez Shares Intimate Footage From That Big Versace Surprise: "I'll See What I Can Do"
Advertisement 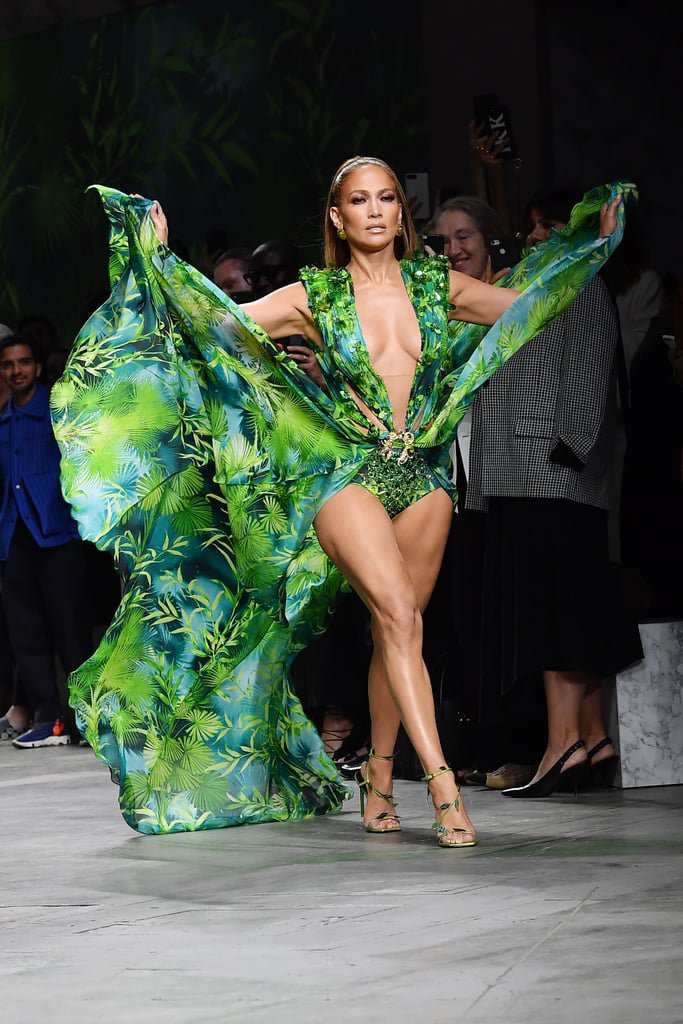 “She’s always right,” Donatella Versace said as she and a team of seamstresses adjusted Jennifer Lopez’s jungle-print dress to her liking. The singer and actress just shared a video to her growing YouTube page chronicling the days leading up to her surprise appearance at the Versace Spring 2020 show during Milan Fashion Week. By now you’ve likely seen the photos, but Jennifer modeled an updated version of the iconic and daringly low-cut dress she wore to the Grammys nearly two decades ago.

In the video, it’s clear how hands-on Jennifer was with just about every decision, particularly when it came to last-minute changes to the dress. Despite her unshakable confidence, some of her excitement and nerves could be detected before the headline-making moment. She’s human after all! (Well . . . at least we think she is. Hard to say.)

“Twenty years ago, I wore a certain dress and it kind of made a little bit of a splash I would say, at that time. Right now, we’re about to have another moment in Milan Fashion Week,” Jennifer said to fans on Instagram Live seconds before hitting the runway. Watch the intimate video diary above, and see pictures of the striking look both then and now.

In this article:fashion, Jennifer Lopez