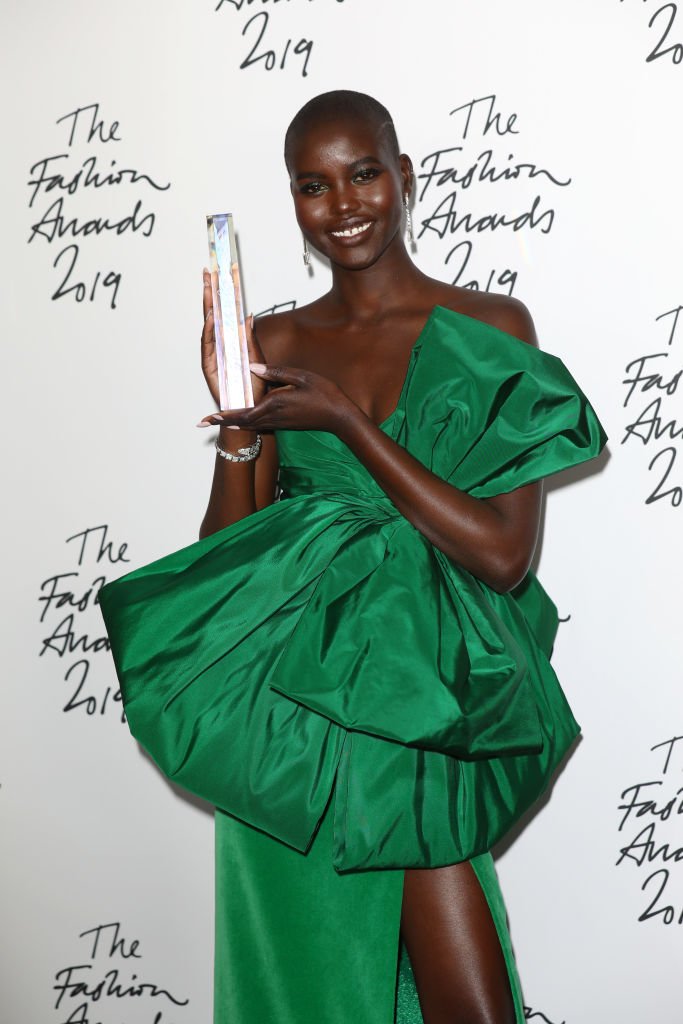 After her first performance in 2017, Sudan model Adut Akech has being in the spotlight in 2019. Being on vogue front covers to consistent modeling and campaigns with top brands and her fav, Valentino.

Adut Akech was awarded with the highly coveted Swarovski model of the year during the fashion award 2019 held at The Royal Albert Hall on December 2nd 2019. She joins list of top models who have received highly recognized awards. i.e Adwoa Aboah a Ghanaian model who won the award in the year 2017.

LONDON, ENGLAND: Photo of model Adut Akech after winning the Model of the Year Award during The Fashion Awards 2019 held at Royal Albert Hall on December 2nd, 2019 in London, England. (Photo by Tim Whitby/BFC/Getty Images)

Check out more lewks from guests who attended the event

In this article:Celebrity, fashion, Lookbook