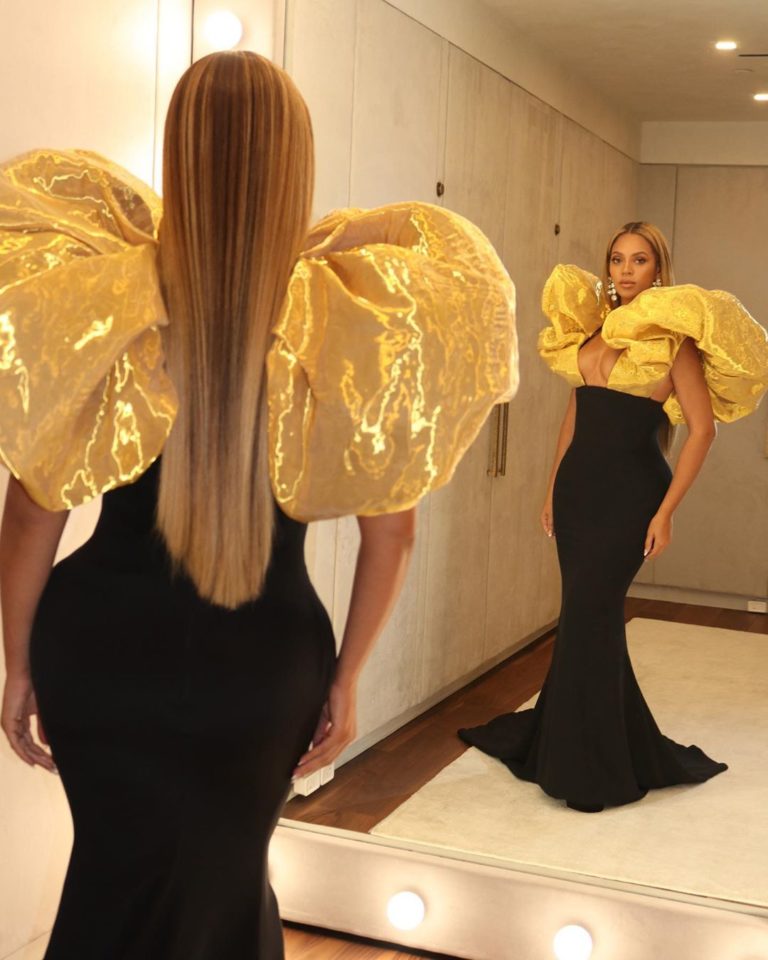 Favourite music superstar Beyonce, attended the 77th Annual Golden Globe Awards and she was absolutely looking good. Her song “Spirit” from The Lion King album was nominated for “Best Original Song” though “I’m gonna love me again” by Elton John & Bernie Taupin from the movie “Rocketman” won the award, her dress left a golden mark for Fashionistas & Glamstylas.

Though, she was not seen on the red carpet but during the show, she appeared various times. Beyonce attended the event with her husband Jay-Z, she was spotted in a gold dress with a deep plunging neckline.

Image source – Instagram
Read More :  The Stained Glass Collection By "The LadyMaker", A Design With The Woman Power In Mind
In this article:Beyonce, fashion, Golden Globe Awards

Interesting Fashion Trends To Look Out For In 2020

There are lots of Fashion Trends these days to an extent where some can’t keep up. I’ll be talking about 2 Fashion trend from...

Get Ready For Beyonce’s #IvyParkxAdidas Launch With These Dripping Photos

It’s no news that Beyoncé is releasing her clothing brand IvyPark x Adidas Jan 18th. From gifting celebrities with box filled with the Ivy...

Beyonce, who is yet to release her Adidas X Ivy Park Collection sent a gift to Cardi B and some other celebrities. Cardi B...

Female Hip Hop star Beyonce, is ready to launch her new collection “Ivy Park” and we’re so pumped. She partnered with one of the...