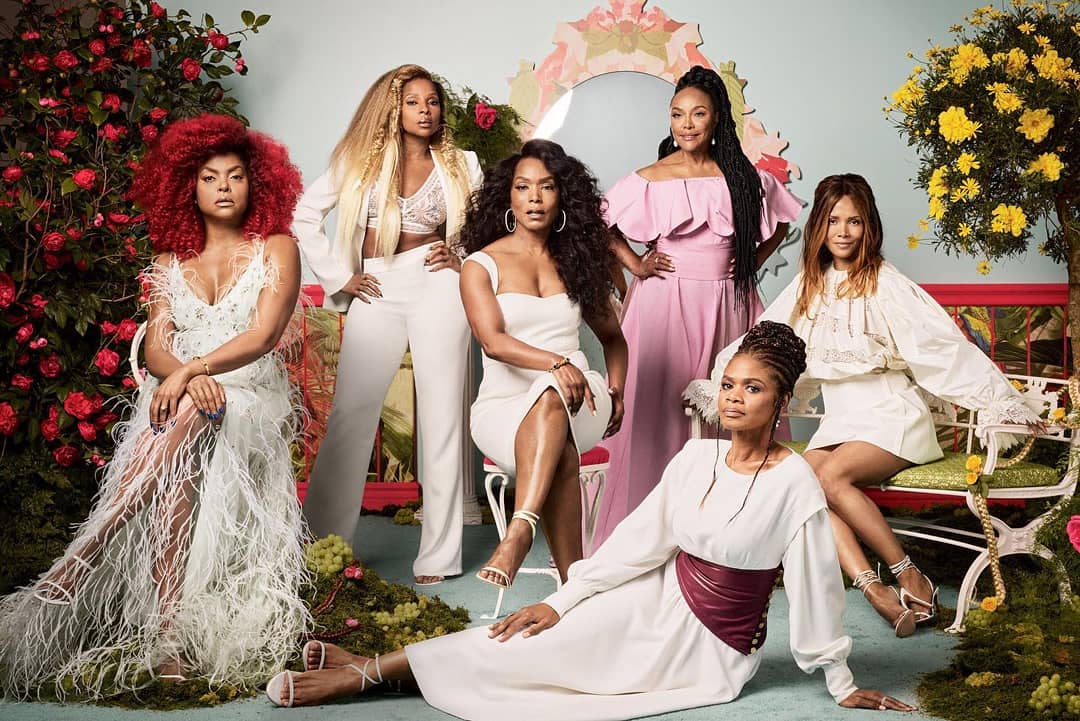 So much energy in one picture! Tmagazine an auxiliary part of NYtimes shows appreciation to pro actresses who have Paved the way for Young black actress to be recognized for their efforts by featuring actresses like Taraji P Hanson, Kimberly Elise, Halle Berry, Angela Basset, Viola Davis, Lynn Whitfield and also Mary J Blige in their May 2020 Issue.

According to a statement from Tmagazine;

Hollywood has always been a mercurial experiment, with white men holding the reins of power, making progress, inclusion and diversity at best a seasonal proposition. Almost 20 years on, @HalleBerry remains the only African-American woman to win a best actress Oscar. And yet there is an increasing sense that it is the Academy that is behind the times. We are living in an age in which some of our greatest, most successful actors are black women, near 50 or older, veterans who have fought against an industry that for much of its history would have rather ignored them. Some of them, like @TarajiPHenson and Berry, began with bit parts on TV. Others, like @ViolaDavis, who got her start in the theater, or Mary J. Blige (@therealmaryjblige), who had almost 10 years of hit singles to her name before being cast in her first film role, came to cinema later in their careers. Click the link in our bio for @BrianKeithJackson’s full story on the esteemed black actresses who finally have the spotlight.

In this article:Magazine, News, Tmagazine