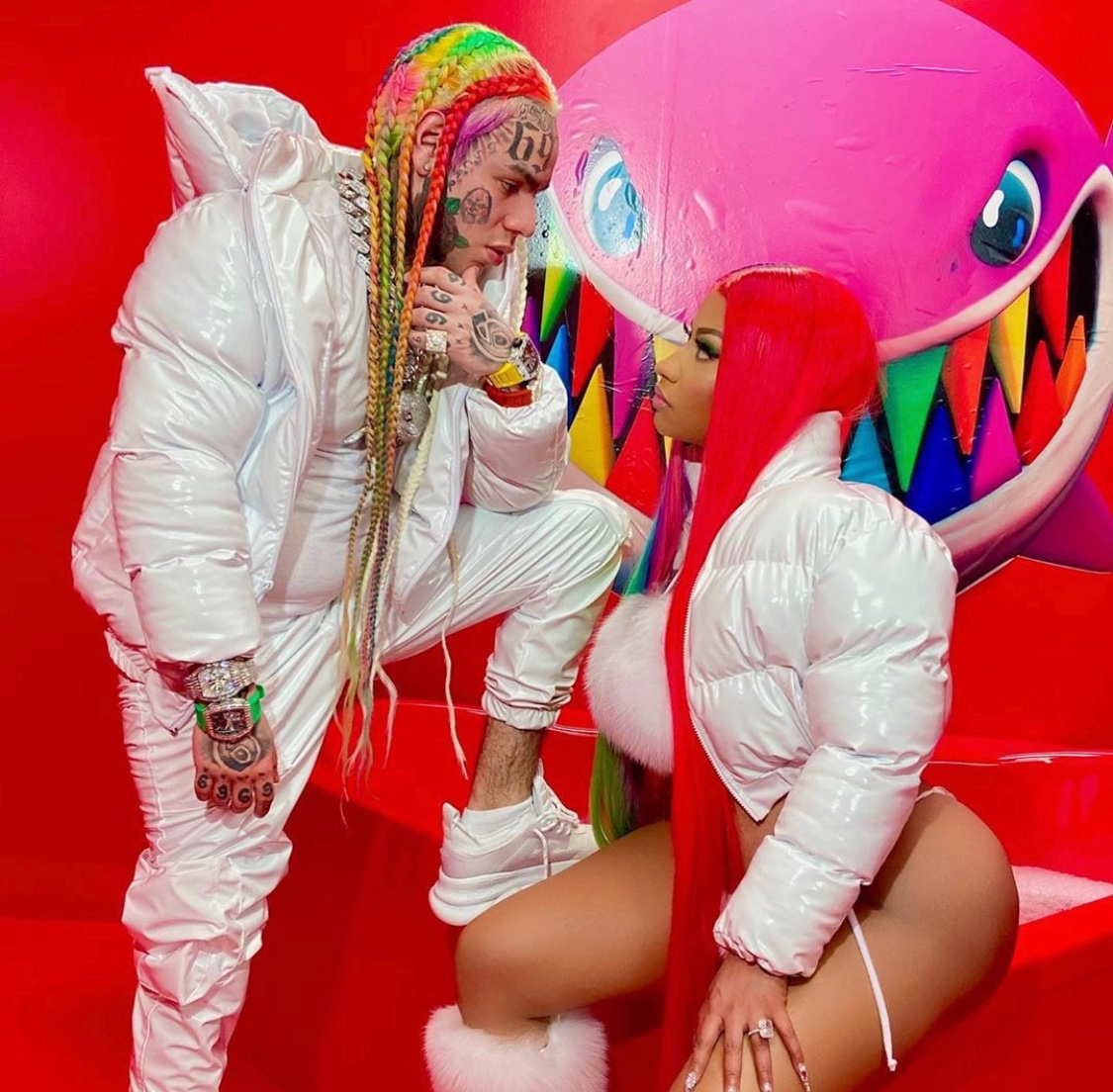 It’s official!! 6ix9ine has teamed up with Nicki Minaj once again for his second single after being released from prison months early due to Corona Virus concerns.

On Wednesday (June 10), Nicki confirmed that she and Tekashi ( are dropping a new track called “Trollz” at the end of the week. This morning, images of brightly colored merchandise promoting Nicki and 6ix9ine’s new single began to circulate on social media after both rappers’ webstores unveiled clothing, cassette, vinyl and digital versions of the record.

Hits Daily Double then tweeted that 6ix9ine’s new single “Trollz” will be released on Friday (June 12).