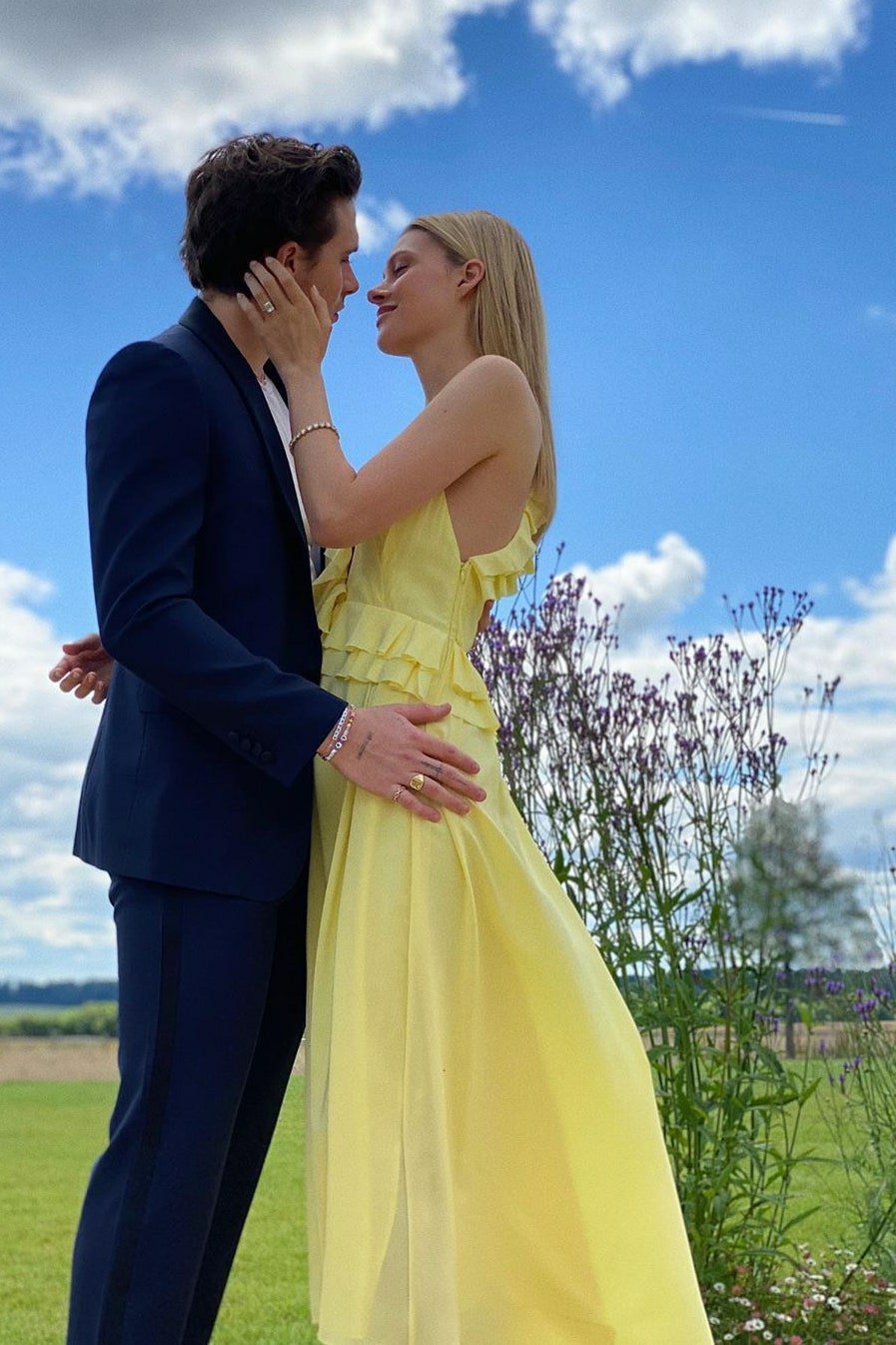 Just when you’d gotten over David and Victoria Beckham’s throwback wedding photos, Brooklyn Beckham has announced he’s holding his own sure-to-be-ridiculously-over-the-top nuptials. “Two weeks ago I asked my soulmate to marry me and she said yes,” the 21-year-old posted on Instagram on 11 July along with a photograph of his fiancé Nicola Peltz, taken by Harper Seven. “I am the luckiest man in the world. I promise to be the best husband and the best daddy one day.”

Twenty-five-year-old Peltz, in turn, thanked her future husband on social media: “Your love is the most precious gift.” The Beckhams’s eldest son first confirmed his relationship with the Marvel actress in late 2019. As for the ring? The couple selected an emerald-cut diamond solitaire, which Peltz wore with a matching diamond bracelet for the engagement portrait.

While most of us who remember Brooklyn when he looked like this are finding the news a little hard to digest, Victoria, for her part, is thrilled to be the mother-of-the-groom. “The MOST exciting news!” the designer wrote. “We could not be happier. Wishing you so much love and a lifetime of happiness. We all love you both so much.”

Brooklyn and Peltz have spent much of this year in lockdown together in New York, but are now with the rest of the Beckham family at their Cotswolds estate – celebrating Harper Seven’s birthday festivities with David and Victoria on 10 July. In between getting engaged, Brooklyn also found the time to participate in the latest #VogueChallenge, shooting a number of wildflowers inspired by British Vogue’s August 2020 covers.

American actress and model Paris Berelc , taught us how to style green denim in new photo. The 21-year-old actress gave us all shades...

As fashion keep getting advanced, African fashion keeps getting more visible to the world, as everyone want to explore the African style and culture....

ven without following fashion trends you might have noticed Tie & Dye is one latest fashion trends. From street-style fashion to Runways, Tie &...