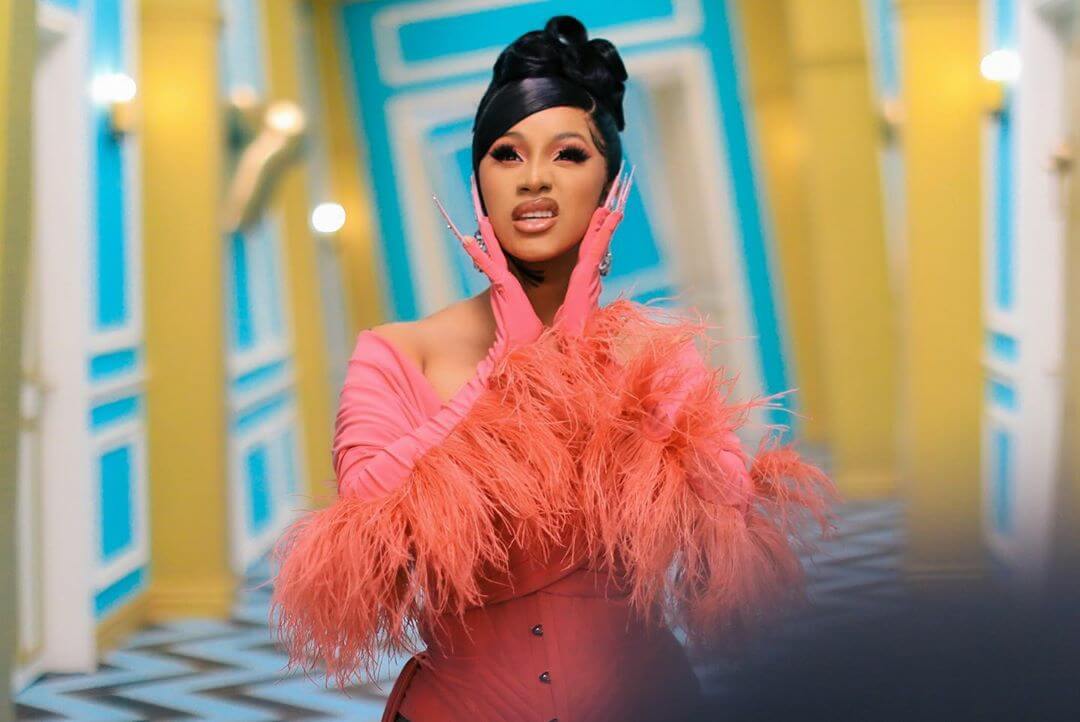 WAP rapper Cardi B has revealed the three words that you will never hear her utter in any of her songs.

Although she may be a rapper known for her explicit lyrics, even she has her own limits.

During an appearance on the Kyle and Jackie O radio show, Cardi revealed that she dislikes the terms ‘moist’, ‘discharge’ and ‘horchata’.

‘And I hate the word “horchata”. It’s a Mexican drink. It’s really good, but I just hate that word.’

The 27-year-old also admitted that she was not a fan of the clean radio edit for her latest single WAP, which features fellow rapper Megan Thee Stallion.

WAP – which stands for ‘wet a** p***y’ – has notably been censored for radio under the title ‘Wet and Gushy’, and it seems Cardi is not a big fan of the term ‘gushy’ either.

After host Kyle Sandilands told the Bodak Yellow star he preferred the explicit version, she agreed, saying she can’t even bring herself to say the clean version’s title.

‘I would have had to replace it with “bounce that big old booty”, because that’s the only thing that rhymed,’ she said. ‘It was really hard to clean this song up, because I hate the word gushy.’

It comes after Cardi attempted to explain the title of the song to a family friendly audience on Australian show The Project.

Host Carrie Bickmore asked: ‘I can’t go into what it stands for due to our time slot, but in a very family friendly way can you tell us what the song is about?’

Cardi then responded, while laughing: ‘A gynaceologist’s office.’

She continued: ‘I just want girls to have fun, I’m talking [points to crotch] girl I’m talking about you.’

The rapper also admitted that her record label were not too pleased with the track at first because of its lyrical content.

Speaking on Ash London Live, Cardi said: ‘When they heard the song, they were like, “We really like it, but that song is so explicit.”’

Eventually her label went ahead with the release of the song, although even Cardi herself seemed a bit worried she was saying ‘wet a** p***y’ too much.

In this article:Cardi B, Entertainment