Now That Cinemas Are Re-Opening, Here are 5 Nigerian Movies You Mustn't Miss 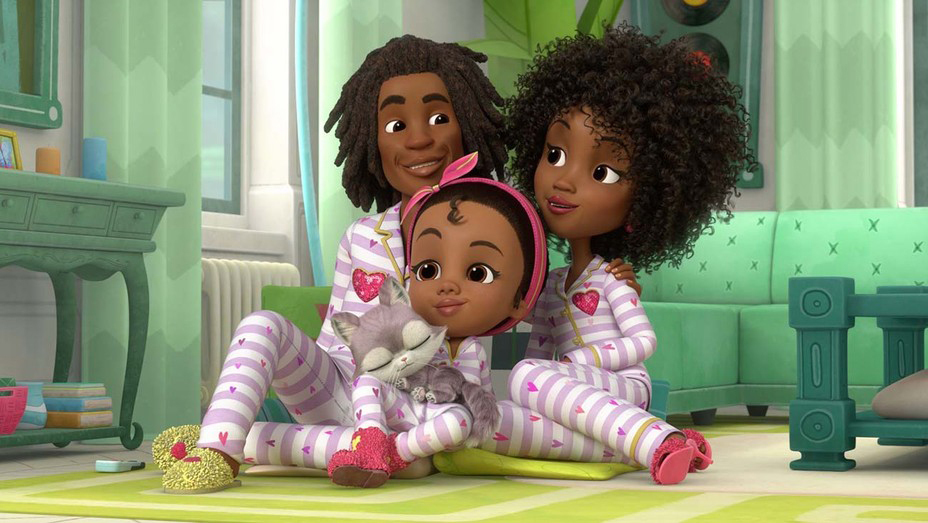 Made by Maddie, Nickelodeon’s newest Nick Jr. show, was slated to premiere on September 13. But after a number of people on social media pointed out the multiple ways in which the characters in the animated show seem to mirror the characters in Matthew A. Cherry’s 2019 short film, Hair Love, Nickelodeon is pulling the show from its lineup.

Nickelodeon initially teased the series with a still image of the show’s main character, Maddie, a young Black girl with a pink headband, as well as her dad, who wears dreadlocks, and her mom, who sports natural hair. Users quickly spotted some overlaps with the characters in Hair Love, which follows a young Black girl named Zuri, as her father tries to do her hair for the first time. Issa Rae provided her voice to the latter production, which won Best Animated Short Film at the 2020 Oscars.

Almost immediately, people on social media began calling Nickelodeon out for what they perceived to be plagiarism. “This series idea is so cute and I know it will make a lot of little girls happy… but this is still plagiarism…? Like, why not just hire black creatives like @MatthewACherry…?” one person wrote.

“YOU DIDN’T DREAM THIS OR DRAW IT,” another wrote in response to the creative copy that the Nick Jr. Twitter handle used to debut Maddie to the world. “#BlackCreatorsMatter You thought you were going to steal from #MatthewCherry right in our faces & we weren’t going to say anything??!”

Dream it, draw it, make it! Made by Maddie is coming to the Nick Jr. channel September 13th 👗 pic.twitter.com/XBBLbt6eZ2

Congrats on stealing designs from Hair Love and hiring a white woman to tell a story about a Black family pic.twitter.com/wmAI0qSd6W

For his part, Cherry retweeted a tweet that compared images from the two projects, with key emoji. He also replied to someone who pointed out that Hair Love is supposed to get a series of its own; according to Shadow & Act, the project is set to be called Young Love and will center on Zuri; her parents, Stephen and Angela; and their cat, Rocky. It will debut on HBO Max, though a run date has not yet been announced.

According to The Hollywood Reporter, Nickelodeon cited that they acquired Made by Maddie from a production company called Silvergate Media, but are taking Made by Maddie off its roster while they investigate the production process. In a statement, the network said, “Since announcing the show’s premiere date this week, we have been listening closely to the commentary, criticism and concern coming from both viewers and members of the creative community. In response, and out of respect to all voices in the conversation, we are removing the show from our schedule as we garner further insight into the creative journey of the show. We are grateful to Silvergate Media for all of their work. And we hold Matthew A. Cherry and the wonderful and inspiring Hair Love in the highest regard.”

In an additional statement, Silvergate Media’s CEO said the company had been “working on the series for the last five years and throughout the production has taken steps to ensure a diverse production team and an appropriate voice cast lending their expertise and talent. As creators ourselves, we have the utmost respect and admiration for Matthew A. Cherry and Hair Love, and our hope is that when people watch our show, they will see it is its own story with its own adventures.”

Cherry initially launched Hair Love through a Kickstarter in 2017; there, he introduced would-be backers to 7-year-old Zuri and her family. “This story was born out of seeing a lack of representation in mainstream animated projects, and also wanting to promote hair love amongst young men and women of color,” he wrote in the description, adding that he was inspired to bring Hair Love to life after seeing viral videos of Black dads caring for their children’s hair. “Through this project, it is my hope that we can show a positive image of Black fathers and their daughters, while encouraging natural hair and self-love throughout the world through the animated space.”

And while it’s not clear if or when Made by Maddie will debut on TV, either in its current state or at all, people are rallying around 11-year-old Alyssa Cheatham, the actor who voiced Maddie. “Can we make sure we find opportunities for this baby girl who was the voice of Maddie?,” author and activist Eunique Jones Gibson wrote on Twitter. “Her response is great, she’s an icon in the making & would love to hear her voice on a project we can all get behind!”

Alyssa also provided her vocal talents to the upcoming Nick Jr. show Santiago of the Seas, where she’ll play a pirate and mermaid named Lorelai.

Advertisement. Scroll to continue reading.
In this article:Entertainment, Nickelodeon, TV