Again, Rihanna Prove To Be The Best Ambassador For Her Fenty Brand
Advertisement 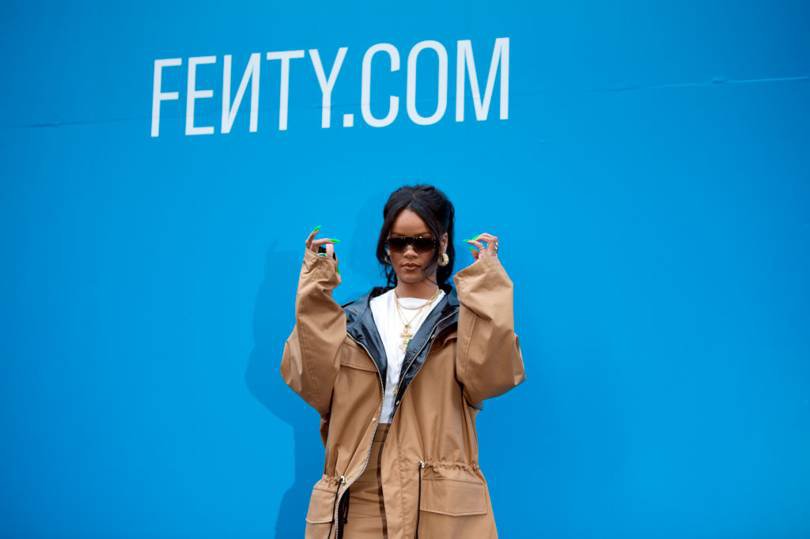 Another day, another Fenty look from Rihanna’s LVMH-backed fashion label. The designer, who inspired the conglomerate to found its first brand since 1987 (and the first luxury maison helmed by a black woman) from scratch, presented her debut collection to industry heavyweights earlier this week. Last night, it was the turn of press and VIPs, who took in the rails of strong-shouldered tailoring and utilitarian separates while mentally wish-listing what to buy from the first drop on May 29.

Rihanna circulated the pop-up Fenty boutique – of which the brand promises to stage more for customers – in a fresh white tee, khaki miniskirt and matching mac with black lining. Eagle-eyed readers will, of course, recognise the outerwear as the same piece Vogue editor-in-chief Edward Enninful snapped up during his own preview.


“ Ilike to wear men’s clothes, I don’t like to say, ‘It’s a man’s thing or a woman’s thing.’ I hope men and women just wear it because they love it,” Rihanna told Vogue’s Sarah Harris of the inclusivity and diversity embedded in her brand, which is an extension of her successful Fenty Beauty and Savage X Fenty lingerie lines. “I’m a curvy girl, if I can’t wear my stuff then it just won’t work. I need to see how it looks on my hips, on my thighs, on my stomach – does it look good on me or only on a fit model? It’s important.”

As well as road-testing every piece herself, she’s been acting as her own brand ambassador for some time. Prior to the three Fenty looks she has worn during the launch week, the entrepreneur has been mixing samples into her wardrobe since January. It was the shield sunglasses during a sojourn from her tiny shades that sparked real intrigue around the unidentifiable items, however. Now they will all be available to the masses.

“Fearlessness is a façade,” the musician-turned-mogul said of the pressure she feels to perform. The ceaseless hype surrounding the most-anticipated label launch in years suggests she’s already succeeded.

Rihanna just graced the internet with a very rare Electric-Blue beauty look. This makeup was shared and done by makeup artist for Rihanna’s beauty...