Do You Think Selena Gomez New Release "Lose You To Love Me" Is About Justin Bieber? Find Out
Advertisement 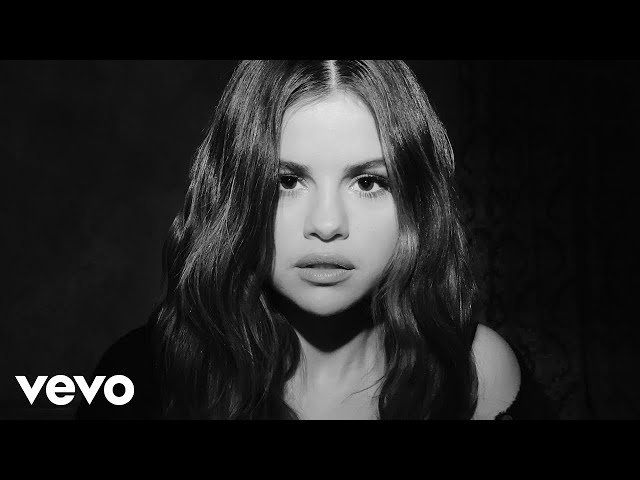 Do You Think Selena Gomez New Releases “Lose You To Love Me” Is About Justin Bieber?

Selena Gomez is back with new hot music!

The superstar singer dropped her new powerful self-love ballad, “Lose You to Love Me,” along with a moving black-and-white music video for the track. Gomez co-wrote the song with Julia Michaels, Justin Tranter, Mattias Larsson and Robin Fredriksson, with additional production from FINNEAS. In this new song, the 27-year-old singer, who has been taking time out of the spotlight recently to focus on her health and well-being, appears to be saying goodbye to a past love, once and for all.

“This song was inspired by many things that have happened in my life since releasing my last album,” Gomez says of her new track. “I thought it was important to share the music, as I know many can relate to the fact that the road to self-discovery generally comes through the scars in one’s life. I want people to feel hope and to know you will come out the other side stronger and a better version of yourself.”

The Disney alum released her last album, Revival, in 2015. Since that time, much has happened to Gomez personally, from her health scares to her very public breakups with former beaus The Weeknd and Justin Bieber. Gomez’s relationship with Bieber is believed to be the subject of “Lose You to Love Me,” with lyrics hinting at the former couple’s last breakup in 2018.

“I gave my all and they all know it/You tore me down and now it’s showing,” Gomez sings on the track. “In two months you replaced us/Like it was easy/Made me think I deserved it/In the thick of healing.”

Gomez and Bieber had an on-off relationship for many years prior to their last split, which occurred around March 2018. In Gomez’s lyrics, she recalls Bieber moving on with a new romance just two months after that last breakup. The “Sorry” singer started dating model Hailey Bieber, now Hailey Bieber, in the months following his split from Gomez. In July 2018, Bieber and Baldwin got engaged while on a trip to the Bahamas. And, just two months later, the duo got married in a courthouse ceremony in New York City. The Biebers recently tied the knot once again during a second wedding ceremony in South Carolina.

Up until now, Gomez has remained silent about her ex’s nuptials, but this new song seems to be her way of expressing her feelings.

“You promised the world and I fell for it/I put you first and you adored it,” Gomez sings. “Set fires to my forest/And you let it burn/Sang off key in my chorus/’Cause it wasn’t yours.”

“I saw the signs and I ignored it,” the lyrics continue. “Rose colored glasses all distorted/Set fire to my purpose/And I let it burn.”

As fans will recall, Bieber released an album in 2015 called Purpose.

Upon the song’s release, Gomez wrote to her social media followers, “Thank you all for standing by my side through the highs and lows. I couldn’t do it without you all and I can’t wait to start my next adventure with you. [heart emoji] Lose You To Love Me is out now.”

Prior to the song’s release, Gomez had been teasing her fans about a possible new album.

“I have to do, like, a few finishing things with it, but I’m just relieved,” Gomez told Jimmy Fallon on The Tonight Show in June. “It took me four years now to even feel at a good place with this album, and it’s just because I had such huge moments that happened in my life personally that [it was like] how was I going to capture that and how was I actually going to feel good about what I was saying? So, I kept going and I’m relieved now.”

In the days leading up to the release of “Lose You to Love Me,” Gomez shared a series of cryptic posts on social media, while also dropping a few of the track’s lyrics. On Oct. 18, Gomez revealed the name of the song, writing to her social media followers, “I needed to lose you to love me.”

The visual, directed by Sophie Muller, was shot entirely on the new iPhone 11 Pro.