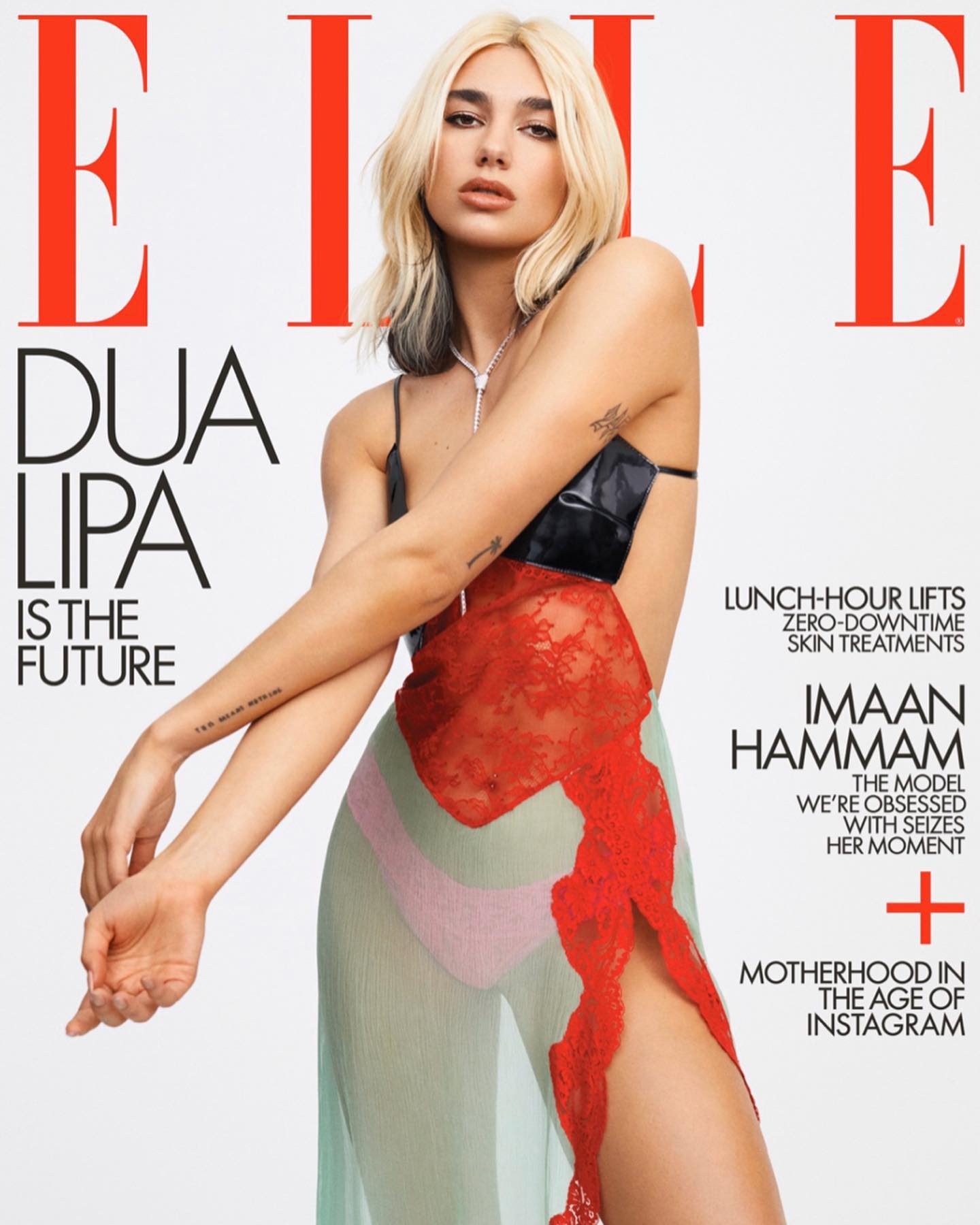 ELLEusa just revealed her May Magazine Cover star and to our surprise we found British music star Dua Lipa on it.

In an interview with ELLE, the 24 years old singer spoke about her music career and about her recent release.

By now, almost anyone who pays even the slightest attention to pop culture is familiar with Dua Lipa’s career trajectory, from her days of posting covers to YouTube and SoundCloud to a serendipitous referral to Lana Del Rey’s manager Ben Mawson to a 2017 self-titled debut album featuring the catchy breakup tune “New Rules.” Next came the internet nickname “Dula Peep,” courtesy of Wendy Williams, followed by two Grammys in 2019 (Best New Artist and Best Dance Recording).

This is me going into my celestial beliefs, but it was like, OK, this is just how it’s meant to be. And I am really grateful that the music is out. And I feel now more than ever that it’s brought me closer to my listeners. I think it’s important to talk about your emotions and to be vulnerable and to show that you’re human.

The way I write my music, I’m always very open, and I allow myself to be vulnerable,” – Lipa Says

See Photos from the cover below :

Read full article on the cover from Elle.com