Cardi B and Her Daughter Kulture Looks Adorable in Matching Outfits 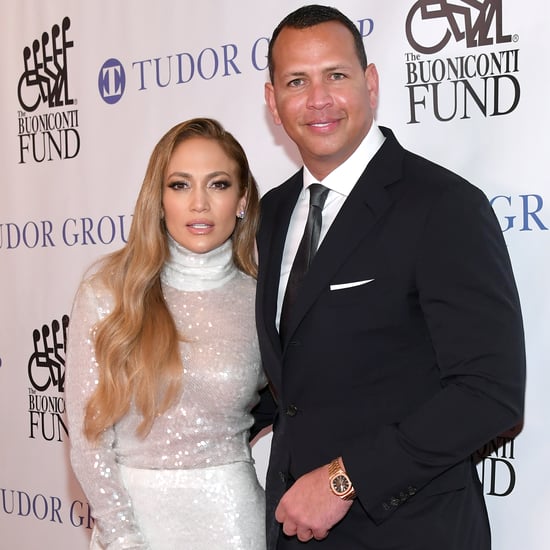 Alex Rodriguez is a former MLB player, but he might also want to consider becoming a psychic. On Tuesday, the 43-year-old shared a throwback video of himself doing an interview in 1998 when he played baseball for the Seattle Mariners. During the chat, the interviewer asked him who his dream date would be, and who did he pick? None other than his current fiancée, Jennifer Lopez. “Hopefully you can find me a date with her,” he said in the clip, smiling. Alex joked in the post’s caption writing, “I just had a feeling.” Jennifer also got a kick out of it, commenting, “OMG… i love this too much,” followed by three heart emoji.

Evidently, Alex ended up landing that date after Jennifer made the first move when they met in Los Angeles years ago. News of their relationship broke in March 2017 as they became increasingly close and formed a blended family with Jennifer’s 11-year-old twins, Max and Emme — whom she shares with Marc Anthony — and Alex’s two daughters, 14-year-old Natasha and 11-year-old Ella.

Two years after their relationship went public, Alex popped the question (with a gargantuan ring, might I add). They’re now planning their wedding, though they aren’t in any rush to walk down the aisle. “We have a pretty busy year ahead of us, so you know, we are [taking it slow],” Jennifer — who is preparing to kick off her Summer tour — told Entertainment Tonight in May.

This is a modal window.The media could not be loaded, either because the server or network failed or because the format is not supported.
We might not know exactly when their nuptials are taking place, but we do know it’s going to be a full-circle moment for Alex!

In this article:Celebrity, Jennifer Lopez

Cardi B and Her Daughter Kulture Looks Adorable in Matching Outfits

Cardi B’s daughter, Kulture might be young, but she’s definitely a fashionista just like her mum. Looking so adorable in matching outfits with her...

Cardi B just revealed one of her most mesmerizing hair colors yet — and on Halloween weekend no less. The “WAP” singer went for...