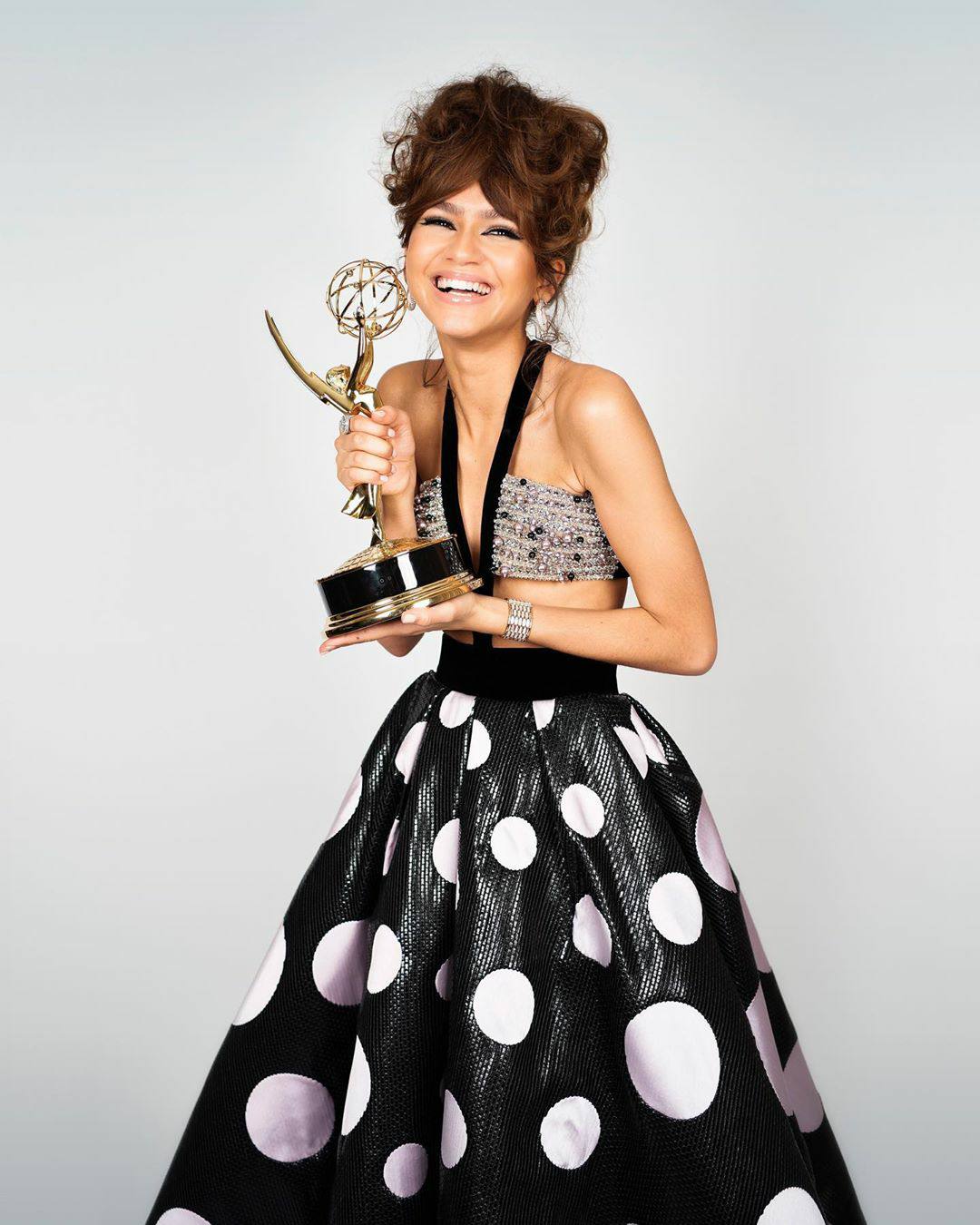 Zendaya made Emmys history as she becomes the youngest woman to ever win Outstanding Lead Actress in a Drama Series award for her performance in Euphoria.

The 24-year-old actress in her speech thanked her family and Euphoria team including those protesting this year.

Concluding her speech, she reminds everyone to believe in the youths.

I know this feels like a really weird time to be celebrating, but I just want to say that there is hope in the young people out there,

I know that our TV show doesn’t always feel like a great example of that but there is hope in the young people. And I just want to say to all my peers out there doing the work in the streets, I see you, I admire you, I thank you, and yeah, thank you so, so much! This is—whoa, okay, thank you!”

Law Roach, Zendaya’s stylist, shared an Instagram of her first look earlier in the afternoon—the one she wore to present at the ceremony in person earlier in the evening.

Her stylist, Law Roach, shares photos of her first outfit.

“If Emmy was a real girl…. @zendaya wearing @christopherjohnrogers @louboutinworld and @bulgari,” he captioned the shot.

While accepting her award, she reveals her second outfit for the night by Giorgio Armani Privé